Get a healthy, gorgeous smile at Preston B. Loving, DDS

What Can Happen If Sleep Apnea Is Not Treated? 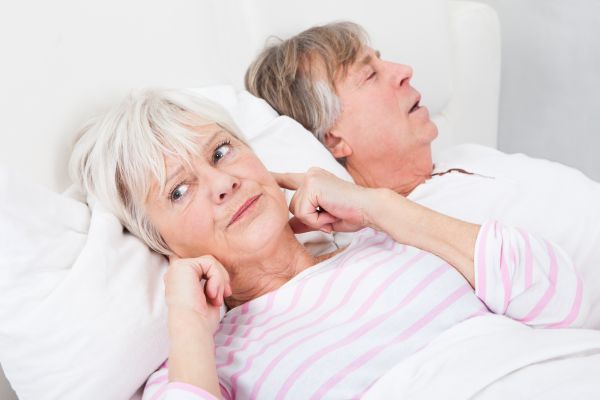 Sleep apnea is a sleeping disorder that causes an involuntary cessation of breathing while you are asleep. The disorder also makes you feel tired even after a full night’s rest. There are three main types of sleep apnea: central, obstructive and complex.

What happens if sleep apnea is not treated?

Sleep apnea can have serious health consequences if left untreated. Some of the complications associated with sleep apnea include:

There is a drop in blood oxygen levels in people who suffer from sleep apnea, because the disorder causes an increase in blood pressure, which strains the cardiovascular system. Having obstructive sleep apnea puts you at risk of hypertension and heart disease.

Sleep apnea also puts you at risk of developing resistance to insulin, which increases your chances of having type 2 diabetes.

If you suffer from sleep apnea and have not been treated, you are likely to have scarring of the liver, which can lead to nonalcoholic fatty liver disease, a result of too much fat in the liver.

Suffering from obstructive sleep apnea is a concern when it comes to taking certain medications and general anesthesia. People with the disorder are likely to have complications after undergoing surgery, because they have breathing problems, especially when they lie down on their backs.

If you are scheduled to undergo major surgery, make sure your doctor knows that you suffer from sleep apnea, as well as the medication you are taking to treat the disorder.

Sleep apnea can be treated in a variety of ways, depending on how mild or severe your condition is. For milder cases, your physician will recommend making lifestyle changes like exercise or a change in diet.

Sleep apnea makes it difficult to get a good night’s rest, and if the disorder is left untreated, it can lead to more serious health problems. If you are dealing with sleep apnea, schedule an appointment with your doctor to get treatment.

Request an appointment here: https://dentistnewportnewsva.com or call Preston B. Loving, DDS at (757) 776-0254 for an appointment in our Newport News office.

Check out what others are saying about our dental services on Yelp: Do I Have Sleep Apnea.

What Devices Do Dentists Recommend for Sleep Apnea?

Sleep apnea is a serious condition that many people suffer from. As modern medicine has evolved, there are now more options for treating it. Consulting with a dentist regarding sleep apnea is …

How Does Sleep Apnea Affect the Brain?

According to the American Sleep Apnea Association, approximately 25 million Americans have some form of obstructive sleep apnea, which is a chronic disease that involves frequent pauses in a person's breathing …

Obstructive sleep apnea is a disorder many people suffer from. Essentially, it is when breathing stops while sleeping. While this is considered a serious medical condition, the consequences of having sleep apnea usually do not …

The Alaska Sleep Clinic estimates that 20 million Americans live with obstructive sleep apnea, a condition that causes the cessation of breathing while one sleeps. The most obvious primary symptoms of OSA are snoring and …

Treating Sleep Apnea With Oral Appliance Therapy »
« Are My Bleeding Gums a Sign of Gum Disease?
﻿